Recession is Coming. Is Your Channel Management Team Ready?

Over the last year or so, there has been much talk about another impending recession and how it could impact channel management. The recession theory is based upon historical trends, which suggest business cycles tend to last around five to seven years each. That means every five to seven years we experience some sort of a recession. Eventually the economy recovers, and then something else happens to triggers another recession. Current discussions are predicting another slowdown soon. This article explores how you can get your organization—and your channel management team —ready for the moment when another recession arrives.

Channel management is complex (see our article Challenges of Channel Management for more on this), but with proper preparation you can address many of the problems and even succeed in the face of the next recession.

Is recession coming? The current state of affairs

Over the last few weeks, the global markets have seen a series of bear market rallies, and several analysts are suggesting that when the market rises again in the near term, holders of securities should sell because the market has not yet reached its bottom. In several countries, markets are already down quite substantially.

China: borrowing from the future to stimulate growth

China, for example, has lost more than 50% of its market value over the last year. The Chinese economy is currently the second largest in the world, valued at around $9 trillion per year. Over the past five years or so, the Chinese government has provided multiple stimulants to drive economic growth. The biggest challenge for China, however, is that it has borrowed from the future to build its economy out, yet consumption has not increased substantially. Because of that dynamic, as the worldwide economy slows down, China as “the factory of the world” can no longer sustain growth due to weakness in demand—not just domestically, but abroad. This has led to a substantial slowdown of the Chinese stock market.

Slowdown in many of the world’s largest economies

Most recently, Japan has entered a recession again, tied primarily to demographic forces, and most developed countries have a huge amount of national debt, which is preventing them from developing in the future. Outside of BRICS (Brazil, Russia, India, China and South Africa) and MINT (Mexico, Indonesia, Nigeria and Turkey), the rest of the world is not large enough to compensate for the slowdown in most of the world’s large economies, even though commodity prices, including oil prices, have dropped substantially.

Basic consumption patterns have changed dramatically over the last 30 years, because of the amassing of wealth within the top one or two percent of society. At the end of the day, a rich person consumes on a daily basis roughly the same amount of commodities, energy or materials—exclusive of the luxuries associated with conspicuous consumption—as a middle class person does. However, because of wage stagnation in the middle class, incomes have not increased substantially, and thus demand for goods has stagnated as well.

…while productivity gains are being diverted to corporate profits

While technology continues to drive productivity, that productivity contributes more to corporate profit margins than to wage growth, and this has slowed down consumption substantially across the world. While Japanese and Chinese consumers tend to save more than consumers in developed countries like the U.S. and the U.K., some developed countries like Germany also have high rates of savings. As a result, especially after World War II, the engine that drove prosperity and growth—middle-class consumption—dropped substantially.

What does this mean for channel management?

For businesses, channel management has in many ways become more challenging, even as companies have taken various measures to reduce their sales cost and increase their reach—both in the business-to-business domain via various resellers, partners, etc., and the business-to-consumer domain through franchises, outlets and so on. Overall, the complexity of channel management has increased substantially (as we’ve noted in previous articles) due to the rapid progression of technology, the hypercompetitive nature of the marketplace and the reduction in the length of the product lifecycle, with new products being introduced much faster and time to profitability decreasing dramatically. On top of this, in the past five to seven years B2B sales and marketing processes have changed dramatically. Outside sales is rapidly being replaced by marketing automation and inside sales infrastructure.

Companies that are not ready, that have not invested properly to reduce their cost structure and build a lean mean channel management machine remain significantly exposed to the next downturn. Based on a consensus among most economists, analysts are not predicting a meltdown on the scale of what happened in 2008. However, they are anticipating a scenario similar to what has happened in Japan over the past two decades, with persistently sluggish growth—basically, a U-shaped recovery curve in which the market comes back very slowly, as opposed to a V-shaped curve in which the recovery is more rapid.

So when you look at countries like Brazil, China, more developed parts of Africa, and certainly most of Europe, including southern European countries like Greece, Spain and Italy, the issues are real: growth is disappearing and corporate profitability is at risk. The question is, how do you get your organization ready for the next downturn, and what can you do from a channel management perspective to stay ahead of the curve and continue to win?

Solutions: What you can do to prepare

Here are some ideas:

As we’ve said many times before, channel management is complex. However, proper planning, automation, and programs and processes aligned to focus on a few strategic partners ahead of time can get you ready for the next downturn. While nothing can guarantee complete success, taking control over the channel management process can increase the probability of success substantially compared to your competition. As the wise man said to the other when both were running to get away from the lion: “I don’t have to outrun the lion; I just have to outrun you.” 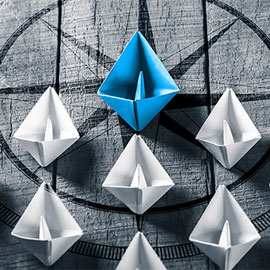 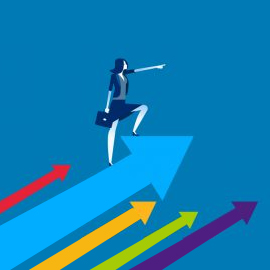 ZINFI Named a Leader as G2 Fall 2020 Reports for Partner Management Software: Learn why ZINFI is a leader in PMS 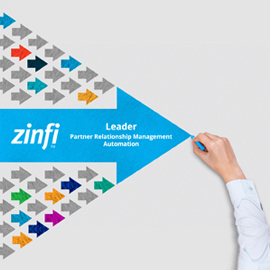 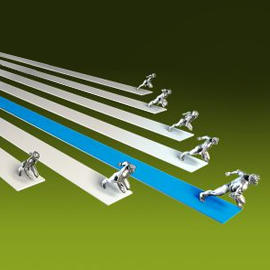