Computer House, a computer retailer founded in Hong Kong in the mid-1990s, provides a variety of IT solutions to customers, both onsite and online. Because it is a relatively small business, Computer House has limited in-house resources to develop marketing plans, define quarterly objectives or track metrics like ROI. Although Computer House was originally focused on selling Lenovo computers, four years ago the company was approached by HP and soon added HP hardware to its inventory. Early in 2016, Computer House decided to make a more concerted effort to increase sales of HP computers through a formal partner marketing initiative.

Computer House turned to the partner marketing expertise of ZINFI, which helped the retailer in several key areas. Together, Computer House and ZINFI developed a set of mutually defined objectives for all demand generation activities, established a plan for integrating marketing and sales campaigns across a variety of media, streamlined marketing processes and developed a plan for measuring ROI on an ongoing basis. Using co-branded marketing assets provided through the HP Partner First program—which leverages ZINFI Unified Channel Management technology and manages partner relationships through a ZINFI-provided partner portal—Computer House ran a series of integrated campaigns over a six-week period using direct mail assets, co-branded ads in PCM Magazine and e-Zone Magazine, and Google AdWord advertisements with a variety of co-branded banner images that led interested viewers to a landing page.

ZINFI’s partner marketing services resulted in an immediate increase in sales of HP computers. In fact, by October 2016 the retailer had sold more than double the number of HP computers (387) than it sold in all of 2015 (186). Computer House attributes much of its recent success to the more formalized marketing plans and programs it began with the help of ZINFI, particularly the tightly integrated campaigns, which increased the number of leads and drove revenue over Q3 and Q4 of 2016. Alfred Ng, Computer House’s director of sales, noted that the more than 100 HP PCs the store had in stock sold out in Q4 after the campaigns in that quarter. “This was a very impressive result,” Ng said. “ZINFI’s partner marketing assistance has really helped streamline our marketing operations so we can focus our efforts on sales instead.”

The dramatic response to its HP partner marketing campaigns has had additional benefits for Computer House: It has brought more customers into its store to check out its full range of products and services. Also, the success of the HP campaigns has also attracted the attention of Computer House’s suppliers of Lenovo computers, who have recently indicated they may lower the prices they offer to the retailer.

The word ZINFI, to us, means Zero to Infinity—reflecting our mission to enable customers, employees and communities to realize their infinite potentials. In its most applied form in our day-to-day existence, the word refers to an analytical and mathematical approach to marketing and sales methodologies, an approach that allows our customers to realize the true potential of their own products and services and to continuously grow their business via the channel.

Computer House, established in 1994, is a Hong Kong computer retailer who partners with HP through HP’s Partner First program. It is a relatively small business (8 employees) with limited in-house resources for marketing. 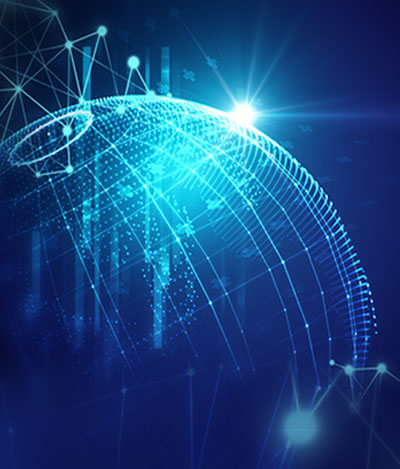