Pleasanton, CA – September 21, 2016 – ZINFI Technologies, Inc.,a company leading the definition and creation of Unified Channel Management (UCM) solutions, today announced the successful completion of a pilot project with the sales division of a large cloud computing company. In close collaboration with the company ZINFI teleprospecting services helped launch an outbound email and TQL campaign. The goal was to qualify leads, and build opportunities to for the company’s sales organization to focus on what it does best: conducting a follow-up campaign to call leads and close business. 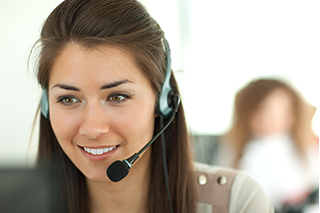 The company was originally looking for help on call scripts and email blast copy, but after a change of leadership in the planning stages of the pilot and some initial uncertainty about the objectives of the campaign, a decision was made to have ZINFI teleprospecting services develop and execute a telequalified lead (TQL) campaign supported by an email blast.

ZINFI responded quickly to a series of campaign changes and address any potential miscommunications, and the result was the generation of 78 qualified leads within a month of launch. For future campaigns, ZINFI is working with the company to refine data entry procedures and to provide more context for leads generated that were not on the original calling list so that the sales organization begins with a “warmer„ lead.